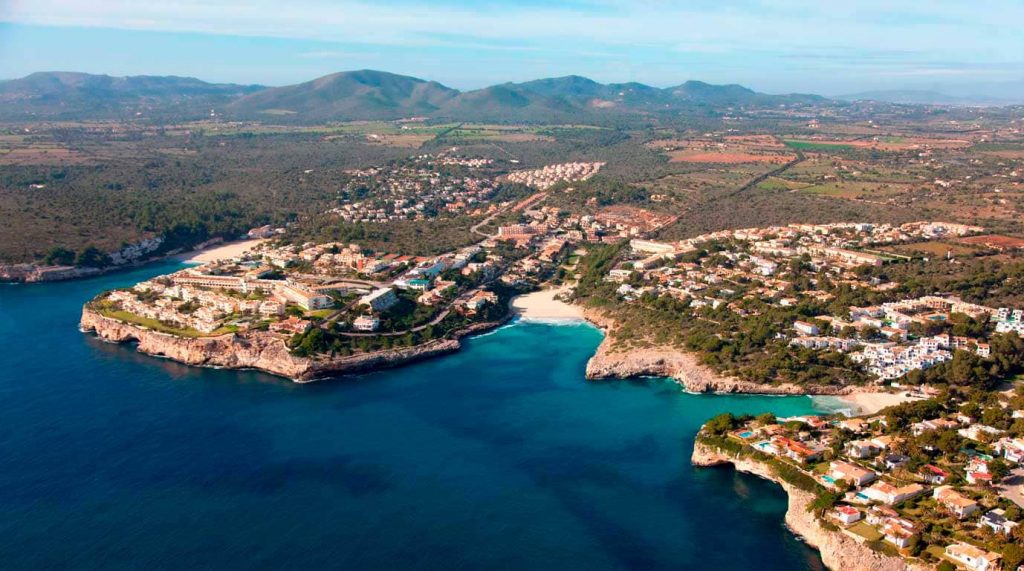 Popular calas and beaches in the east of Mallorca

Such as Cala Ratjada, Cala Millor or Porto Cristo, along with a good number of small coves, both rocky and sandy, just a few dozen meters long, such as Cala Murta, Cala Varques or Cala Mendia.

One of the oldest, Cala d’Or, built in the 30s of the 20th century in the image of the Ibizan towns, still retains that distinctive character of small white buildings. Other more modern ones have grown around small coves, turning them into urban beaches, such as Cala Romántica.

For those who do not like large crowds, walking just a few hundred meters you can find hidden coves next to small towns barely reached by mass tourism

Calas with crystal clear waters that also allow you to discover underwater landscapes of great beauty. In the cliffs of the area there are frequent caves, rocky arches and vertical walls that delight fans of climbing and psychobloc.

And speaking of caves, that same terrain that has given rise to narrow and deep coves has also allowed the formation of spectacular world-famous caves

The Cuevas de Artá, the Cuevas dels Hams and, above all, the grandiose Cuevas del Drach, with its underground lake, one of the largest in the world. Subterranean landscapes modeled by water over millions of years that are properly conditioned so that the visitor can delight in their contemplation.

This part of the island also has a large number of archaeological sites, although many unfortunately do not have the conservation they deserve given their importance

Even so, those who are curious about the history of the different inhabitants of Mallorca will have no problem visiting remains from the Talayotic period, from more than 3,500 years ago. You will also find some Roman and Arab remains, and especially from the period after the Christian conquest, which is when many towns in the region were born.

To the typical products of the island (mainly those derived from the slaughter of the pig) we must add a wide variety of cereals and vegetables grown on these lands, and the fish typical of this part of the Mediterranean. Also since the time of the Phoenicians, the vine was cultivated and good wines were fermented, although the tradition was lost for centuries. Already at the end of the 20th century, varieties especially suitable for the soils of this region were reintroduced, which has its own denomination of origin in which there are high-quality products.

From great beaches to hidden coves, but also small villages of singular beauty and many fragments of history, culture and traditions of the island. Both the traveler who seeks maximum comfort, as well as the more adventurous who prefers to get out of the traditional circuits, will find their place in this land.