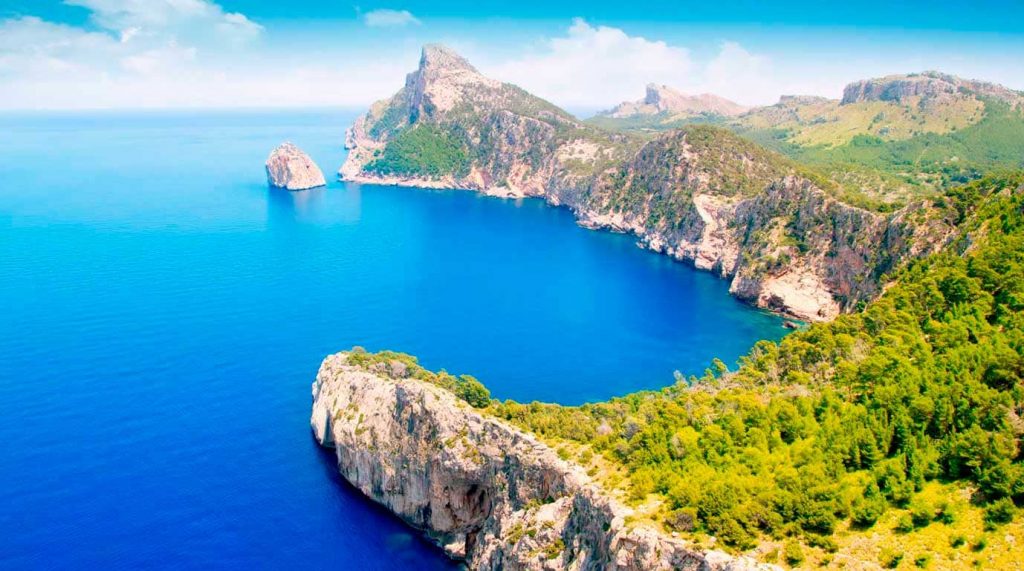 Popular calas and beaches of the Sierra de Tramuntana

The Sierra de Tramuntana mountain range, declared a World Heritage Site by UNESCO in 2011, dominates Mallorca and defines its geography

It protects much of the island when the cold north wind blows, while its slope facing the sea is barely populated by the toughest pines that withstand the onslaught.

The slopes of its mountains plunge into the Mediterranean, and among them are hidden small coves of stone and rocks, with clean and transparent waters that are continually renewed.

From them you can enjoy some of the most beautiful sunsets in the Mediterranean. The combination of clear skies, transparent waters and the reflection on the bare rocks creates a light like no other in the world. For this reason, so many painters of diverse origins settled in the villages that dot the Tramuntana to capture this light in their paintings.

It is believed that the first settlers of Mallorca arrived on these coasts more than 5000 years ago, and in these same valleys of the Tramuntana they settled for a long time before crossing to the other side and settling in the Pla de Tramuntana

Human action has been shaping the landscape of the Tramuntana mountain range, its coves, valleys and steep slopes for millennia.

The small coves were used as small sheltered harbors, from the primitive boats to the current fishing boats. Around these arose what are now picturesque villages that seem to hang from the slopes of the mountains, like privileged balconies overlooking the Mediterranean.

Where it seemed that only adventurous pines and tough olive trees could take root, terraces were created to grow vineyards, cereals, citrus fruits… Here the extinct myotragus grazed, replaced by goats and sheep brought from the continent, and which are now a common sight in many places of the Sierra de Tramuntana.

In the 19th century, Archduke Ludwig Salvator of Austria discovered the beauty of these landscapes and began a strenuous effort to get to know them, discover their fauna, flora, people and customs, and make them known to the world

For decades, the Archduke was the main ambassador of Mallorca, attracting visitors and scholars from all over Europe. In the foothills of the Sierra de Tramuntana, he acquired and built several mansions, prepared roads, built viewpoints and jetties. He sailed the fresh and crystalline waters of the Tramuntana aboard his yacht, the mythical Nixe, frequently anchored next to the natural monument that is Sa Foradada, at the foot of Valldemossa.

Today, the modern visitor can walk along the same paths that the Archduke opened up, and travel along them through the Tramuntana mountain range

From its southern end, Sant Elm, in front of the Dragonera, to the north, the peninsula of Formentor, cradle of modern tourism in Mallorca. You can lose yourself in the cobbled streets of villages like Deià, Valldemossa or Fornalutx, where people from all over the world have settled down to enjoy the tranquility, beautiful panoramic views and the pure mountain air.

If the wind allows it, they can refresh themselves in these small coves of stone and rocks that were, and still are, a refuge for fishermen and sailors

Enclaves of singular beauty, away from the overcrowding, and where time passes at a different pace. Or you can also visit the majestic Torrent de Pareis and its mouth in Sa Calobra, a work of art of nature. And those who prefer land activities have a privileged environment for hiking, climbing, cycling or canyoning.