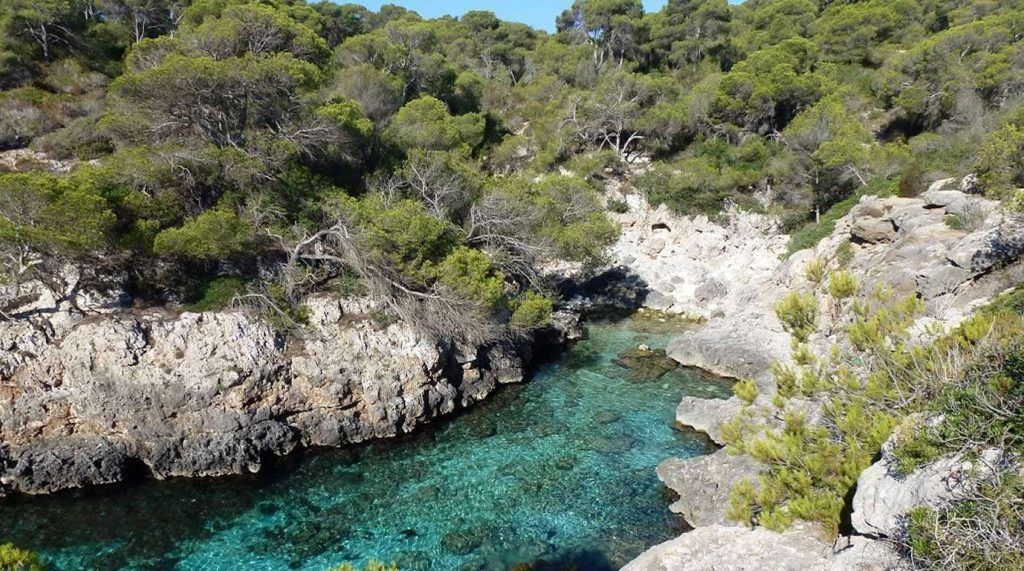 1 km on foot to get there

The weather in Cala Beltrán

Cala Beltrán is a small and remote cove near Cala Pi, in the municipality of Llucmajor. It is a cove of just 20m long and 15 wide embedded between rocks at the end of a sea inlet about 200m long. The torrent that flows into Cala Beltrán provides some pebbles that soften the ground otherwise it is very steep.

Access is somewhat complicated, so it is not a cove that can be recommended for a family outing

Of course, once there the environment is of a very particular beauty, since it is absolutely virgin.

The mouth of the stream and the flow of the sea in and out has eroded the rocks giving them the shape of boulders. More than a marine cove it looks like a pool or a river beach formed in the riverbed running between mountain cliffs

In fact, the deepest part of the cove is the mouth of the torrent itself.

Despite the discomforts, the place is of great beauty. Complicated access and lack of signage make Cala Beltrán a very quiet place to escape the crowds of popular beaches.

It is not a cove where you simply go to sunbathe, but to refresh yourself, isolate yourself from the world and be recreated in its virgin beauty

But be warned: the rugged and abrupt environment forces to take precautions. With some frequency there are accidents in this cove and the lack of quick access makes rescue difficult. 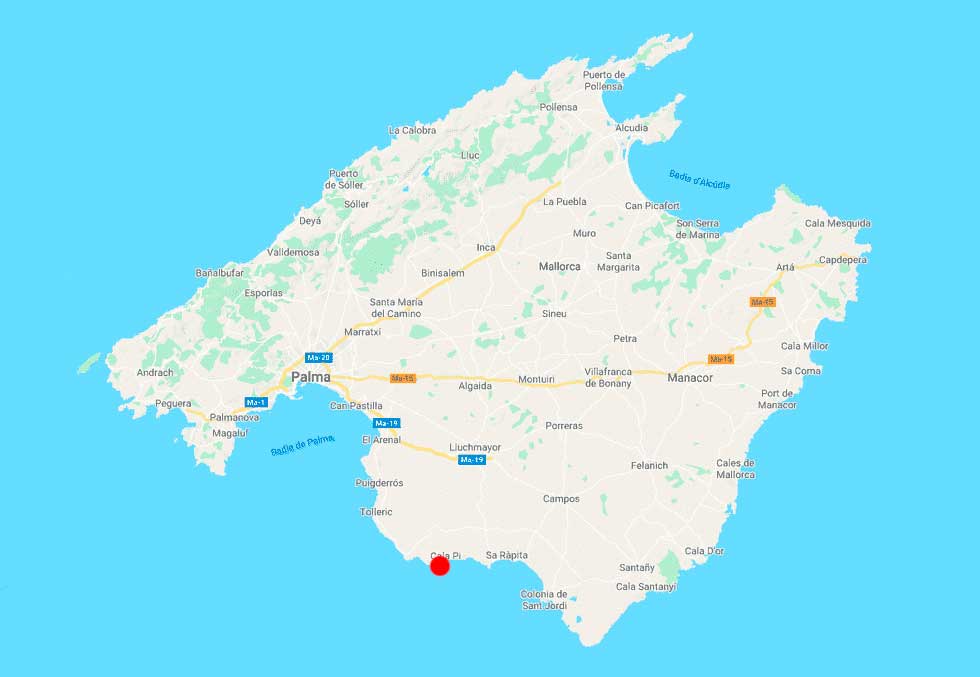 There is no road that directly accesses Cala Beltrán, for this we must first reach Cala Pi

From Llucmajor we will take the Ma-6015 road, and after about 15 km we will arrive at a junction (properly signposted) where we will turn right to take the Ma-6014 in the direction of Cala Pi.

Once on the beach of Cala Pi we will look for the old fishermen’s huts at the right end of the beach. Behind them, sculpted in the rock, there is a staircase where we will ascend. From there we will follow a path that borders the sea until we reach Cala Beltrán.

Another option is to arrive by boat, since once inside the channel that forms the cove the waters are very calm

If we want to arrive by public transport, line 525 connects Cala Pi with Llucmajor, El Arenal and Palma. 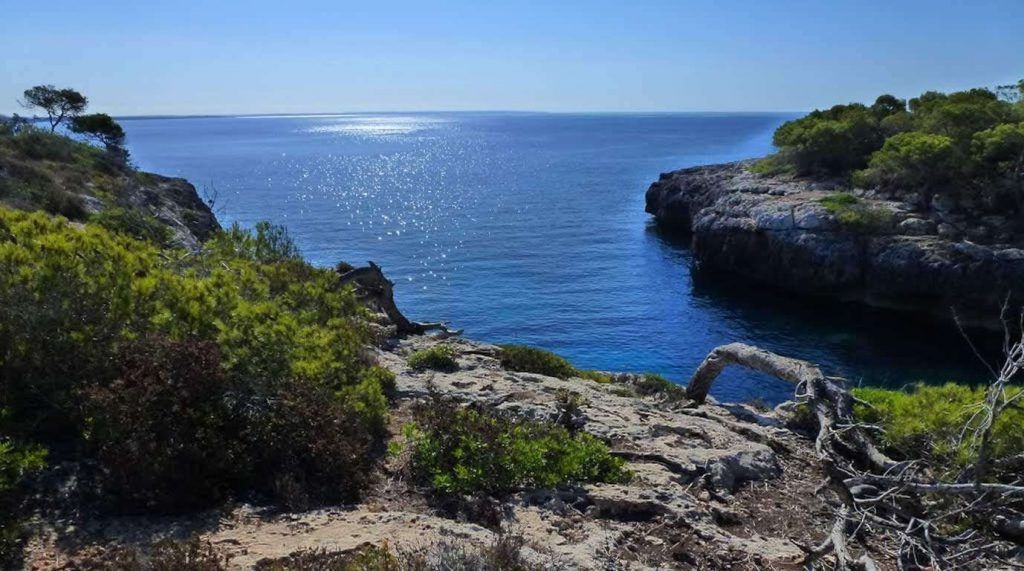 Cala Beltrán remains absolutely virgin and has no service

The closest would be found in Cala Pi, but the abrupt terrain makes the movement slow although they are separated by less than 1 km.

In Cala Beltrán there is no sports facility or equipment rental

In addition to cooling in its waters and enjoying its tranquility we can perform some activities in Cala Beltrán. The calm waters and the rocky bottom invite you to practice snorkeling, and even diving, as there is enough depth to practice it comfortably. The low influx of people allows the environment in general and the waters in particular to be especially clean.

The road itself from Cala Pi to Cala Beltrán is a small excursion in itself, but we can extend it with the excursion to the old defense tower of Cap Blanc, one of the points that closes the bay of Palma.

During the tour you can see some sinkholes formed by the sinking of caves, some of which were inhabited in prehistoric times

You can also tour the grounds of the former military zone, where old coastal batteries that guarded the bay of Palma were located. In the vicinity there are also several megalithic monuments from the pre-Talayotic era, that of the first inhabitants of the Balearic Islands.

And at the end of the day we can enjoy some of the restaurants located in Cala Pi, where we can enjoy everything from Mallorcan food to all kinds of international food. 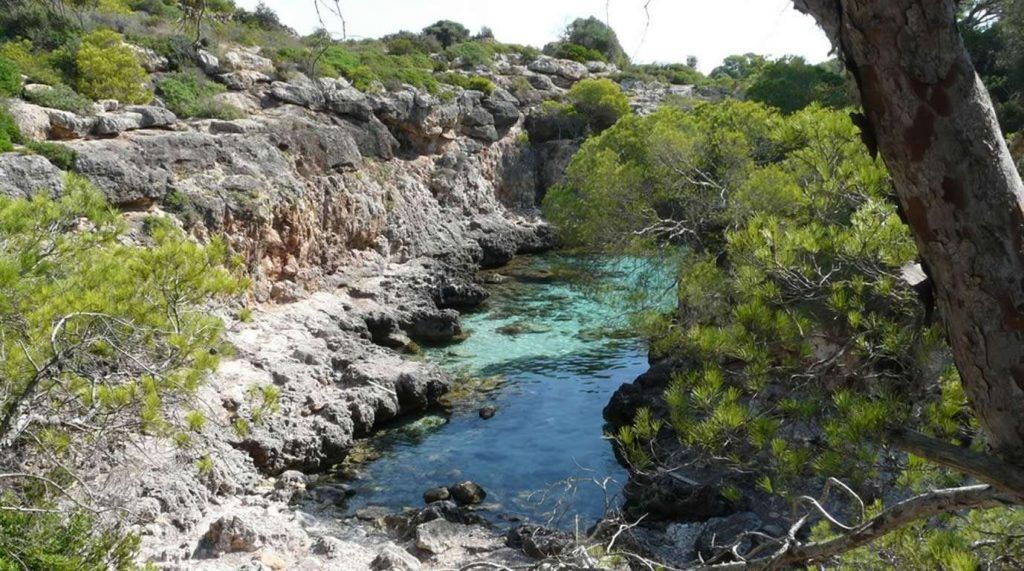 In Cala Pi the offer of accommodation is not very abundant but it is sufficiently varied. We can find hostels and hotels, tourist apartments, and even farmhouses near the cove.