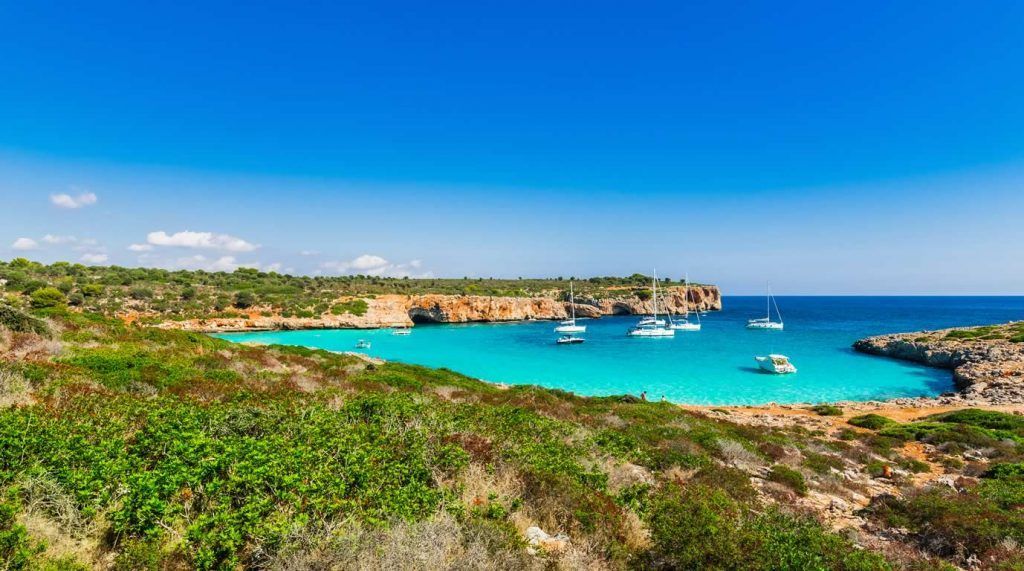 Cala Varques; a virgin beach taken from a movie

The weather in Cala Varques

Cala Varques is a small virgin cove located in the municipality of Manacor, between the urbanizations of Cala Romántica and Cales de Mallorca. It measures about 55m in length and has a width of about 50m. This cove of white sands and transparent waters is considered one of the most beautiful virgin beaches in the east of Mallorca.

The environment of this small cove is not urbanized which, together with the difficulty of access, had preserved the paradisiacal environment. However, in recent years the appearance of an illegal beach bar, the proliferation of illegal camping, and the misuse of access have deteriorated the surroundings of Cala Varques, creating an important conflict between city hall, access owners and illegal sellers.

Legal problems aside, the small cliffs populated by pine trees that surround the cove provide you with the idyllic image of the typical Mediterranean virgin cove: a piece of hidden coast where you can isolate yourself from the outside world and enjoy nature.

Due to the difficulty of access mentioned, it is not a suitable beach to visit with the family, to which we must add the absolute lack of services of any kind (security, sports, etc.). 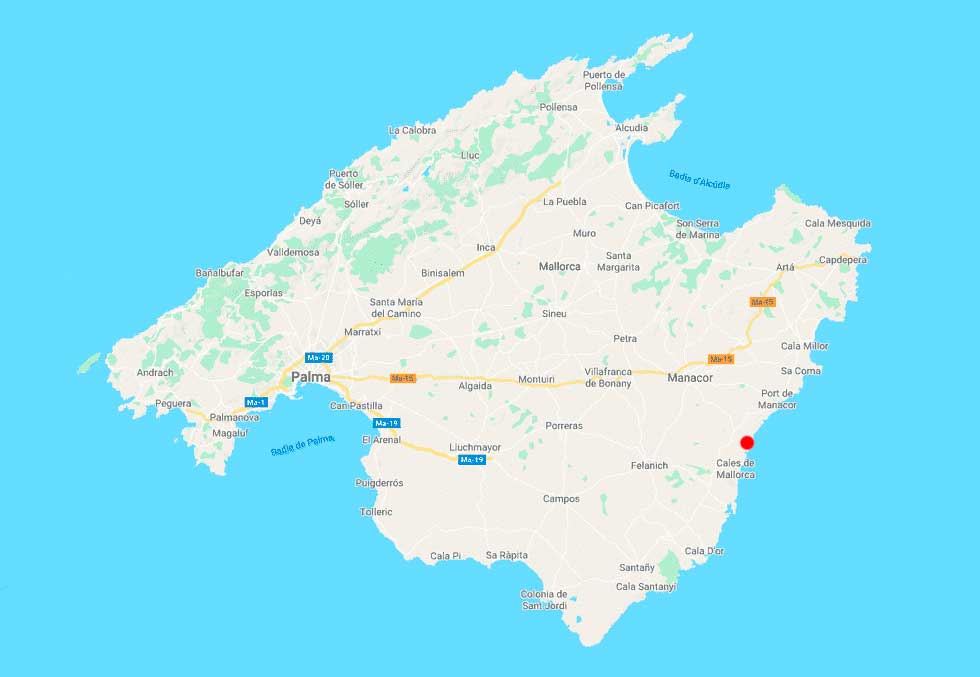 How to get to Cala Varques

To get to Cala Varques from Manacor we will take the Ma-4015 road, following the indications of Cales de Mallorca. Upon reaching Ma-4014 we will turn left towards Porto Cristo. About 200 m to the right we must take a gravel road at the end of which there is an esplanade that makes free parking. From there you have to continue on foot for about 15 minutes until you reach the cove itself.

However, the small size of the parking lot makes it fill up quickly and you have to leave the car parked on the shoulder near the junction of the Ma-4014 and Ma-4015 roads. In that case you have to exercise caution during the walk until you reach the neighborhood road. It is also advisable not to leave valuables in the car, since the total lack of vigilance often makes them subject to theft.

It is important to mention that due to the dispute between the owners of the farm and those of the illegal beach bar it is possible that the barrier to access the road is closed and either cannot be accessed, or you have to jump several fences to access the road. That can cause problems with the owners of the farms, so it is preferable not to do so, or have their permission.

This paradise cove can be enjoyed much more by reaching it by boat. At 200 m from the shore there are about 6 m deep, which makes it perfect to anchor and dive into its transparent waters. The arrival by boat is especially shocking, since the absolute cleanliness of the waters provides the feeling that the ship is flying over the sand. 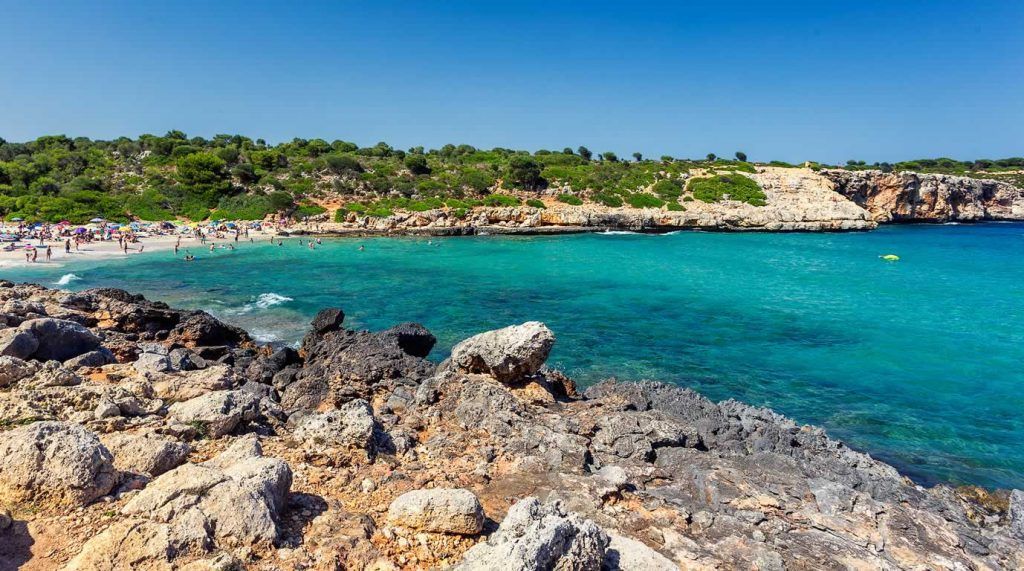 Being a virgin beach, Cala Varques has absolutely no services: no bathrooms, no showers, no lifeguard, no bar or restaurant.

As already said, there is an illegal beach bar, which has been fined by the city council, so it is recommended not to use its services. In the high season, illegal food and soft drinks vendors also proliferate, but its use is not advised because of the hygiene or health problems that it can cause.

Although there are no services to hire activities in Cala Varques it does not mean that you can not enjoy its waters and surroundings.

Its waters are perfect for snorkeling, and just about 200 m from the shore there is enough depth for diving. Or we can simply enjoy a refreshing dip and relax on the sand.

Cala Varques is surrounded by pine trees that invite you to practice hiking. In its vicinity, following a path to the left of the cove, is the spectacular area of ​​Caló Blanc. In ancient times a cave accessible from the sea, at some point its vault collapsed leaving only a spectacular rock bridge that would have formed at the time the entrance of the cave.

The most prominent are Cova del Pirata, Cova del Pont and Cova dels Xots. The first two really are a single cave, but the communication between the two is through a submerged channel, which makes them very suitable for the practice of speleodive.

As a curiosity, Cova del Pirata gets its name from the legend of an injured pirate who took refuge in it and survived by feeding on the milk of the goats that populate the surroundings.

Finally, the cliffs that surround Cala Varques have areas that are perfect for the practice of psychobloc: free climbing on water. The cliffs are easily accessible by swimming or by boat, and from there you can start climbing. It is important to choose those vertical sections or with a negative slope, so that, in the event of a fall, ensure that we fall into the water without hitting the rock. It is a demanding sport but very stimulating. 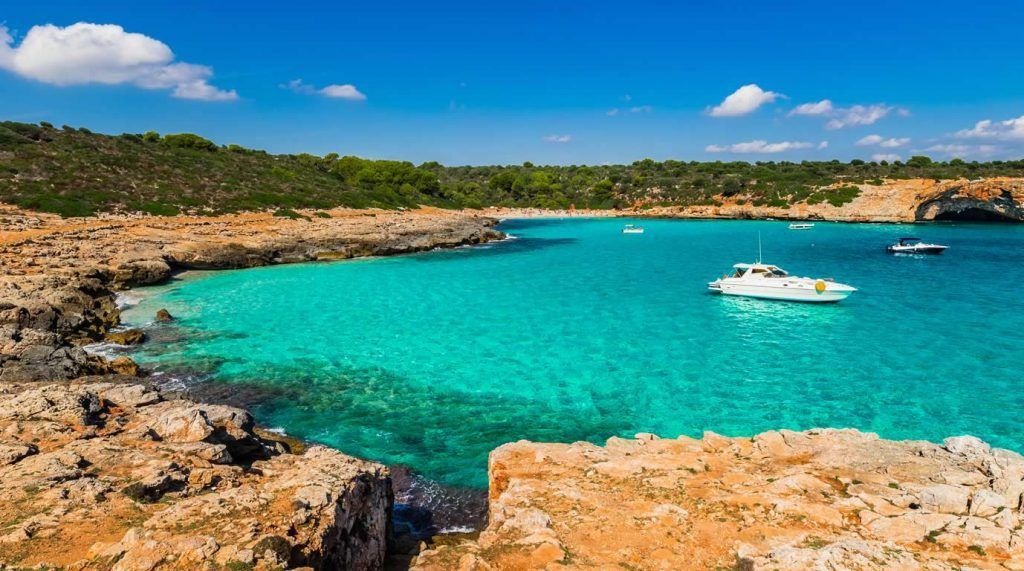 In the vicinity of Cala Varques there is no type of accommodation: neither hotels nor vacation rentals. The closest would be Cala Romántica, about 3 km to the north, and Cales de Mallorca, about 5 km to the south.

And don’t miss this spectacular 360º image from a drone